The Interview — Alexa Hirschfeld, Co-founder and President of Paperless Post 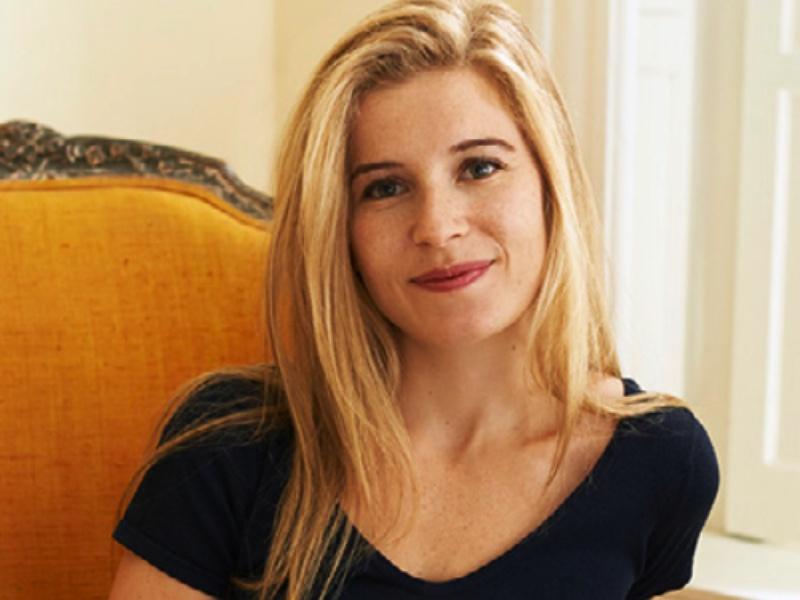 Alexa Hirschfeld started Paperless Post at age 23 with her brother James, concepting and beta-testing a product that would soon reach over 85 million users and push the boundaries of design and self-expression in modern communication. Since then, Alexa has headed the tech company’s product development and helped build it into the market’s leading platform for online and paper stationery. As Paperless Post’s President, Alexa oversees a team of over 50 product designers, technologists, and software engineers, and currently employs over 100 people in New York and London. Alexa has been named as one of Fortune’s “10 Most Powerful Women Entrepreneurs"; Fast Company’s “Most Influential Women in Technology”; and Forbes’ “30 Under 30”; and in 2012, was named a New York Ventures Fellow from the New York City Economic Development Corporation. If you haven't check out Paperless Post yet you can do so at paperlesspost.com and be sure to follow them and Alexa on Instagram.

@__nitch is a quote account on Instagram, usually featuring historical and contemporary writers. The black-and-white portraits are beautiful, but it's about the careful choice of words.

You most regrettable style phase:

In seventh grade I was a punk going through puberty. Enough said.

The experience of starting and running Paperless Post with my brother James means I get to spend a lot of my time thinking hard to figure out smart solutions to difficult problems.

Tacombi is a New York taco and fresh juice spot that makes its own tortillas and salsas. Their Vista Hermosa chile de árbol salsa is my current favorite hot sauce.

Leftovers are always exciting—it's something I chose because I like it... and now I get to have it again! I'll never get people who waste food.

Skincare product you can't live without:

I love Korres products because they don't feel like makeup—everything is all-natural and is smooth and light. I'm half-Greek so I love that Korres produces everything in Greece and I can support the economy there.

My latest song obsession is "Diseasey" by Sälen—Ellie Kamio's voice is so pretty and the poppy synth beat—and lyrics about the kind of bad decisions we've all made—are fun and wake me up.

Zadie Smith's essay "On Joy" takes a lofty subject matter but makes it fluent and relatable. You don't expect to find the eternal by way of a pineapple popsicle, but you do.

Walking to work along the East River under the Williamsburg, Manhattan, and Brooklyn Bridges to the Paperless Post office in Lower Manhattan.

A hidden talent we should know about:

I'm surprisingly good at doing accents and imitations. It's a way for me to express myself when I need to laugh or make light of something that might not be so light.