The Interview — Carissa Culiner, Co-Host of Daily Pop on E! 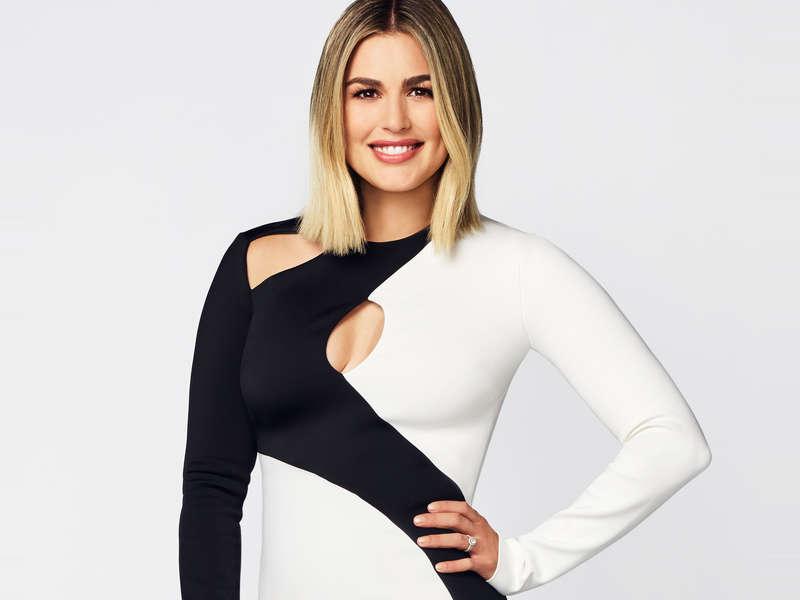 Carissa started her career in country radio co-hosting the show Scotty & Carissa in the Morning on the award-winning station Clear 99 (KCLR-FM). While hosting, she was a recipient of the "CMA Small Market Personality of the Year" award and the NAB Marconi Radio Award for "Small Market Personality of the Year." During that time, Carissa also served as the station TV Personality for KQFX. In 2012, Carissa moved on to be managing editor and anchor for the online news company, Newsy. At Newsy, Carissa helped manage the company's partnership with AOL, specifically focusing on AOL's "Morning Rush" and "TV Replay" series. She also hosted for Newsy and other company partners, including TIME Magazine and About.com. Carissa lives in Los Angeles with her husband, Shanon and their son, Chase.

How did you get started in your career:

I started my career working in country radio (Clear 99 in Columbia, Missouri), and loved every second of it. We did everything from going to the CMA’s to hosting Cow Patty Bingo games. I wouldn’t trade that experience for the world. I learned so much from all the amazing, creative and hardworking people there. In regards to E!, that all started when I met my agent while on a vacation in Miami! After some hard work and career growth, everything lined up to get me in the door here.

What do you love most about your work

Being live on Daily Pop! Live TV—the conversations, interviews and sometimes embarrassing moments all happening in front of the whole world—there’s no chance to redo or rephrase things—the risk of it all is a total adrenaline rush! It’s also typically the one hour in my day I’m laughing the most! I genuinely love my coworkers and have so much fun with them every day.

Walk us through a typical work day:

I get to work at 5:30 a.m., go to hair and makeup, have a meeting at 6:30 a.m. to discuss the show, get dressed, research, read through scripts and interview prep for the guests, and go live on TV for Daily Pop at 9 a.m. After the show is completed, the rest of my day is different daily. Sometimes I’m doing a shoot or interview for E! News or another project, sometimes doing voiceovers or hosting on E! News, sometimes I’m busy prepping for future interviews on Daily Pop or E! News and always responding to lots of emails. I also have a meeting every day with the Daily Pop team to talk about the next day’s show plan and future ideas.

The best decompressor from a tough day is playing with my toddler. He easily puts a smile on my face. The second best is a relaxing bath, doing a face mask, while playing games on my phone. Don’t mess with me in Spades. I also might be at the highest Candy Crush level known to mankind.

I hate to admit this and I feel like this is a lot of people’s guilty pleasure, but I have the worst sweet tooth. It’s so hard for me to say “no” to ice cream. In fact, I mostly never say no. It’s a big problem.

For the most part, I would say my personal style is sexy casual. I’m all about a high-waist jean with a sexy low-cut blouse.

Easy! Ozark! I’m from mid-Missouri. I grew up spending my summers in Lake Ozarks, so I was immediately hooked. Although I feel obligated to note—the town they paint on the show is not the same town I grew up in.

What apps and gadgets can’t you live without:

Maybe my automatic dog feeder app? lol. I would never skip a meal for my puppies, but it’s definitely one less thing to think about (until the feeder becomes empty).

The most exciting thing in my life is one-hundred percent watching my baby grow up. He’s growing up way too fast and it’s scary, but it’s also so fulfilling. Whether it’s hearing him say a new word or watching him make a new friend, it fills my heart with so much joy. Also, of course, Daily Pop and working at E!. There’s always new challenges. And, you never know which celebrity you may interview next or what event you might attend.