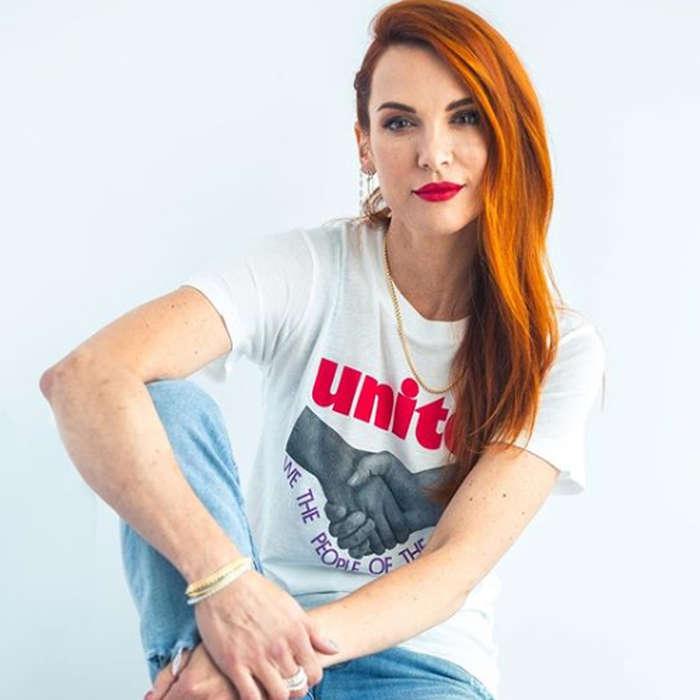 Welcome to Talking Top 10, a recurring series in which we feature the founders, CEOs, creators, and leaders who are shaking up their industries. Ahead, read our Q&A with Danneel Ackles, and keep scrolling to shop her Top 10 must-haves.

Danneel Ackles is an American actress best know for her portrayal of Rachael Gatina on the CW’s One Tree Hill, as well as starring in various TV projects including NBC’s Friends with Benefits, Joey, and JAG. In 2018, Danneel, real-life wife of Supernatural star Jensen Ackles, began recurring on the series’ 13th season as Sister Jo, an angel and faith healer. In addition to her television work, she is also known for big-screen roles in the Harold & Kumar films, as well as films like The Back-Up Plan, The Roommate, and Fired Up.

In 2014, Danneel moved with her family to Austin, where they opened Family Business Beer Company. The craft brewery sits on 15 acres in Dripping Springs, with a second location to open in South Austin in 2020. Danneel is active in the community and enjoys working with local nonprofits—Creative Action, Out Youth, and The Birthday Party Project to name a few. She also sits on the board of the global nonprofit Random Acts, which aims to conquer the world with one random act of kindness at a time.

Tell us about Family Business Beer Co. How did the idea come about to start a brewery?

While we were living in Southern California, my husband, Jensen Ackles, and my brother, Gino Graul, started home brewing in our backyard. I was certain they were going to cause some sort of explosion, but it turns out they were quite good at it. We moved to Austin and decided to open up our own place. We found the Dripping Springs property in 2014 and hooked up with now head brewer, Nate Seale. Two years into operations, and we have had zero explosions and one GABF medal, and I couldn't be happier.

If someone were to visit Austin for just one day, where would you recommend they go? Give us your ideal ATX itinerary.

Pry your eyes open at Radio Coffee and Beer, enjoy Veracruz Tacos and FBBC (you’re on vacation, right?!?). Then, perhaps a walking tour? (Yes, I do that in every city I visit.) Austin has a fascinating history filled with mystery and intrigue. Try Walking Tours of Austin. Finally, finish your night off listening to live music at The Gallery, above the Continental Club. If you’re lucky, you might catch local favorite, Ephraim Owens.

6 a.m. I’m up. I change two diapers (twins), get everyone fed and dressed, and then I am off to take my first grader to school. This all happens to the beat of loud music provided by Gaga, Eilish, Siwa, Taylor, and if I’m lucky, a little Nirvana.

We’re still fangirling over that One Tree Hill reunion at the Golden Globes. Any plans to be back on the screen any time soon?

I never pass up a chance to work with my OTH family. I love those people in a way that is only possible when you meet them in your mid-twenties and you all get a second chance to attend high school.

What’s your favorite way to wind down?

I like to put on a Duke Ellington record and pour a glass of Resign Pinot Noir.

If you could only use three beauty products for the rest of your life, what would they be? Give us your holy grails.

1. MAC Haute and Naughty Too Black Lash 2. EltaMD UV Daily Broad-Spectrum SPF40-Tinted 3. Radha Lavender Oil—use it on acne, to reduce wrinkles, in the bath, in your hair, and in your cocktail!

Favorite role you’ve ever played in a TV show or movie?

I guess I’d have to say Anael, “Sister Jo” on Supernatural. I like her. She’s a sassy gal, and she gets to boss all the boys around.

What’s the most treasured item in your closet?

I just got it from my BBF at St. Claude Social Club in my beloved New Orleans. It’s a blue brocade silk cape by Konana with a light pink lining, a hood, a vintage clasp, and a mermaid sequin appliqué sewn over the right breast. It’s HEAVEN, y’all.

One piece of advice you’d give your 18-year-old self?

Stop whatever it is your doing right now, or you will never be able to run for office!

What’s the most exciting thing in your life right now?

I am working on a new project with a fellow Pisces that I hope, amongst other things, will serve to remind people to celebrate what makes them unique. I have also started writing again... stay tuned.