The Interview — Erin Oprea, Celebrity Trainer and Author of The 4x4 Diet 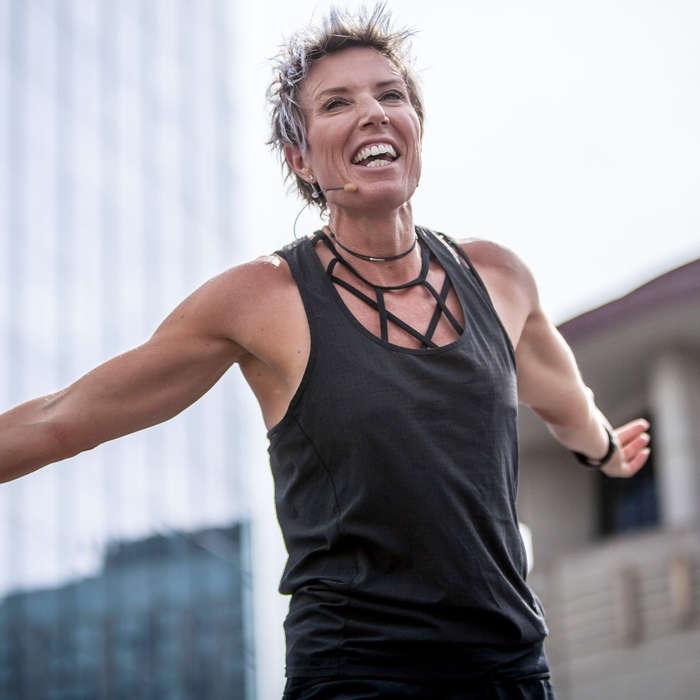 Meet Erin Oprea, celebrity trainer and author of The 4x4 Diet. When Us Weekly‘s headline read “How Carrie Underwood Got Her Hot Bod” they credited Erin Oprea. The Huffington Report calls Erin a “personal fitness guru.” Her work with celebrities has been seen on Oprah and virtually every television network via the new fit looks of her celebrity clients.

Born in Sacramento and raised in San Diego and Nashville, Erin was involved in soccer and fitness at a very young age. She felt a need to help others become physically fit and at 18 she received her first certification as a personal trainer.

She embraced the challenge the U.S. Marine Corps could offer her and enlisted at the age of 20. With nine total years of service including two tours of duty in Iraq, Erin made history when she was appointed to lead the first female platoon attached to the infantry in a war zone. While serving our nation, she became even more aware of the importance of physical fitness and nutrition.

In 2006, Erin was recertified and immediately began using her unique fitness and nutrition plans to train an elite group of clients. In a matter of no time, word spread and she began training top business executives, celebrities and others who live busy lives and are conscientious about their appearance and health.

She trains privately, one on one, in homes and on the road when necessary. Erin has been Carrie Underwood’s personal trainer since early 2007. Working with celebrities like Kacey Musgraves, Maren Morris, and Carrie Underwood has earned Erin the title of “Trainer to the Stars.”

Erin understands that her background, experience, confidentiality, and friendliness are the cornerstones to her success. Erin lives in Nashville with her husband Sean and her two boys. As a family, they are heavily involved in soccer, sports, and other family activities.

How did you get started as a personal trainer?

I thought I was going to be a PE teacher when I was fresh out of high school and very soon found out that wasn't the right route for me and that training is what I really wanted to do. I got certified when I was 18, joined the Marines at 20, and found myself embedded in my passion!

What do you attribute your success to?

I have always believed in chasing my passions and dreams knowing that it’s a lot of hard work. I never gave up and stayed true to what I wanted instead of getting derailed by what others thought was right for me.

What's it like working with a lot of celebrities?

I focus on celebrities as normal people and I don't focus on them being famous. I treat them like I do anyone else - as a good client - and help them get to feeling their best!

Walk us through a typical work day.

My workday begins with a wake-up call at 3:30 a.m., down to eat my delicious bowl of oatmeal, pack my lunch for the day, drink my beet shot, and get ready to rock my day! I then train back-to-back clients all day with the afternoons usually saved for media, interviews, and meetings. Often times I also need to do photoshoots so I have to cram those in the late afternoon as well. Then I get working on my Pretty Muscles app or even on my second book and then FINALLY it becomes my workout time! That usually ends at about 8:00 p.m. and then dinner, shower, 30 minutes of couch time, and off to bed.

What's your all time favorite workout?

Hands down it’s Tabata workouts, which are on my Pretty Muscles app (it has a free Tabata timer)! My favorite cardio is jumping rope. I can do that for hours.

What's your advice for staying fit when you're stuck inside?

I've made it as simple as you possibly can on my Pretty Muscles app. I have it broke down exactly what to do every day for your whole body AND I have modifications so everybody can play! All the way from beginners to advanced I tell you exactly what to exercise and even eat - 'cause you can’t out-train a bad diet. I have put lots of fun workout games on my app too because working out shouldn’t be boring. Ever.

What's on your current workout playlist?

"Nice For What" by Drake, "I Wanna Sex You Up" by Color Me Badd, "Shortie Like Mine" by Bow Wow, and currently no country songs—please don’t tell my clients.

If you weren't a personal trainer, what would you be doing?

I would either be doing interior decorating or flipping houses.

What's your advice for someone who's looking to start their own fitness journey?

Assuming you mean for someone to start as a personal trainer (and not someone trying to get healthier) my advice goes is this: Find your passion,what makes you happy, and what fulfills you. Don't chase money and don't chase somebody else’s dreams or success. Find yours and stay true to who you are and never give up. It's going to have highs and it's going to have lows, but if you quit on the lows you'll never succeed.

Give us your go-to brands for workout clothes.

I love shop DYI, Carbon 38, Beyond Yoga, and Varley.