The Interview — Jaclyn Johnson, Founder and CEO of Create & Cultivate and Author of WorkParty 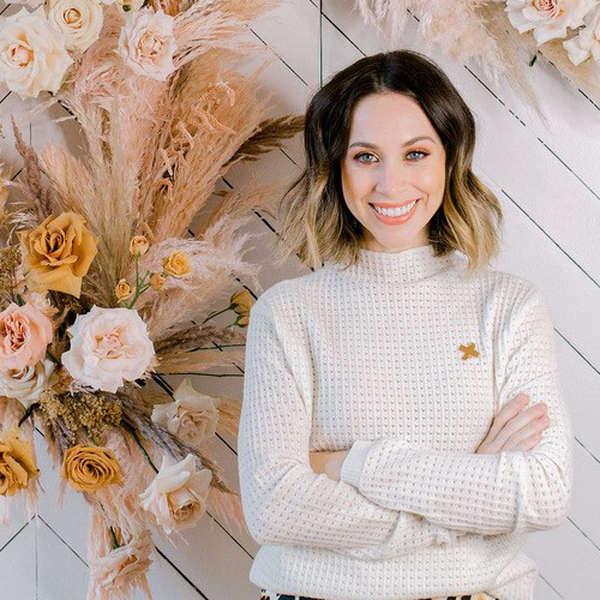 Jaclyn Johnson created her career. A powerhouse entrepreneur, by the time she was 28, Johnson had sold her first business, (No Subject), invested in one of the country’s top female-owned startups, Away, and launched her second multimillion dollar company, Create & Cultivate.

Johnson recognized a gap in conversations, resources, events, and community for female millennial entrepreneurs and responded with a solution: Create & Cultivate, the beloved media platform and nationwide conference. In the process, Jaclyn’s own work-life philosophy, built on the cornerstones of female empowerment, hustling-hard, and innovation, have propelled her voice to the forefront of the discussion on workplace equality, a new thought-leader for millennial women and Gen Z-ers on the career come up.

Known for her powerful messaging and often imitated, never duplicated style of digital and experiential marketing shrouded in millennial pink, Johnson is reshaping attitudes on female entrepreneurialism, work culture, and the gig economy for women all over the world.

On August 21, 2018, Jaclyn released her first book, WorkParty, via Simon & Schuster, which offers a rallying cry for women in the workplace, First We Leaned In, Now We Stand Up. WorkParty is Johnson’s career manifesto sharing her story as well as advice on how she turned distrust into determination, frustration into fuel, and heartache into hard work—and how the reader can too. WorkParty has an accompanying podcast which has featured guests like Kristen Bell, Sophia Bush, Kendra Scott, and Shark Tank's Barbara Corcoran.

A graduate of NYU, Johnson’s trajectory has been skyrocketing since she founded (No Subject) in 2010. With the launch of Create & Cultivate in 2012, she gained global visibility. Seven years later, Create & Cultivate is bigger than ever, reaching an audience of 1 million millennial women, and hosting over 100 events to date. The conference, which is completely self-funded, has landed in major cities around the country and boasts sponsors that include top Fortune 500 companies like Amazon, LinkedIn, QuickBooks, and Microsoft to the buzziest brand names like Laura Mercier, LaCroix, Clinique, Chandon, Urban Outfitters, and more. Past speakers and panelists include the biggest celebs and CEO’s like Kim Kardashian West, Chelsea Handler, Jessica Alba, Chrissy Teigen, Julie Rice, and Elizabeth Cutler of SoulCycle, Gloria Steinem, Issa Rae, Nicole Richie, and more front-runners in fashion, technology, design, and business.

Named a Forbes 30 Under 30, an Adweek Disruptor, and profiled in Fast Company, the LA Times, Entrepreneur, and more, Johnson has earned her way to the frontlines of a workplace revolution at a time when change-agents and disruptors are flexing real influence. With the entirety of her career devoted to building up female entrepreneurs and women in the workplace, 2019 is poised to be Johnson’s biggest year yet.

How did Create & Cultivate get its start:

When I started my first business, there wasn’t anything online or IRL that spoke to me as a female founder and gave me the answers I needed for my business—so I went out and created it. The first Create & Cultivate was a 50-person event in Palm Springs. After that people kept asking me when the next event would be, and it was then I realized I was on to something.

My team and our C&C community. We have women that fly in from different states, even different countries, to attend the conference. Meeting them is truly rewarding.

Biggest challenge you faced when launching your business and how did you overcome this obstacle:

Scaling the company while being self-funded. Create & Cultivate has had insane momentum over the past 3+ years. We’ve opened different revenue streams such as our Create & Cultivate Insiders Membership and ramped up our bespoke service line to keep up with demand, constantly staying fresh and relevant without losing our unique perspective.

Who has been most influential in your career:

My parents. They own their own business, so I think I get my entrepreneurial spirit from them.

#1 work tip for women in business:

The C&C community. It’s motivating to know that we’re giving women the resources they need to create and cultivate the career of their dreams.

It’s all about what makes you feel comfortable and confident. Recently, I’ve been loving my SocialEras short sleeve sweater in bright red, paired with a relaxed jean and a high heel, I feel powerful.

What’s always in your handbag:

My cell phone, a battery pack, notebook, and lip gloss.

Most recent beauty or fashion obsession:

What’s next for Create & Cultivate:

We have so many incredible announcements in the pipeline. We recently launched a membership program, Create & Cultivate Insiders, which offers exclusive hours of conference panel footage, early access to sold-out events, online career mentor sessions, and expert guides. We’re also bringing the conference to some new cities! Follow along to learn more @createcultivate.