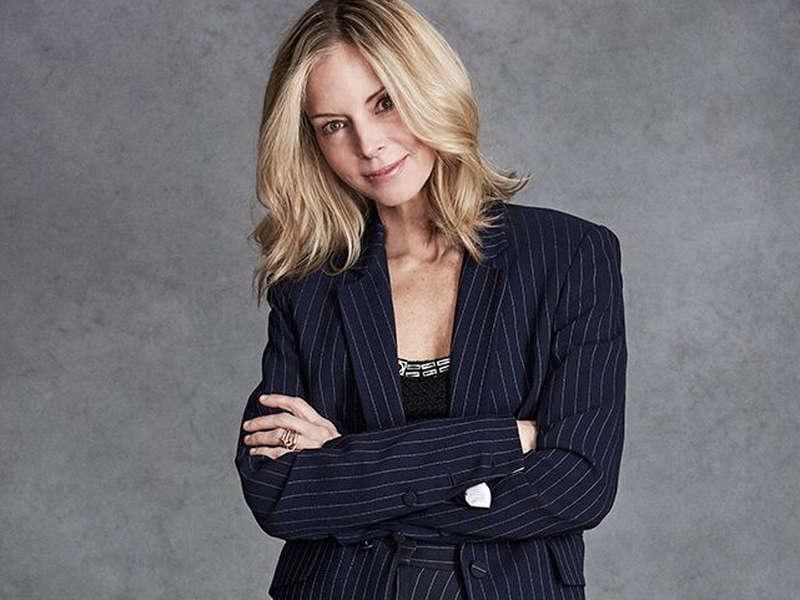 After graduating from Tufts University, Meredith, a Boston native, began her career in NYC at Vogue in 1999 as an assistant in the fashion department. She quickly became Senior Market Editor and oversaw the popular Index section and the CFDA/ Vogue Fashion Fund. The latter gave her unique perspective into both the successes and challenges of emerging brands. In 2010, she was named Fashion Director at Vogue.com.

Meredith balances her career in fashion with a growing family that includes three children (with a fourth due in February) and their three rescue dogs.

What inspired you to start La Ligne:

The idea for La Ligne was born when Valerie and I were still at Vogue. The fashion calendar is exhausting. Many designers now present four collections a year (spring, pre-fall, fall and resort) and after following and reporting on the coming and going of seasonal trends, we had fashion fatigue. We thought—wouldn't it be great to create a collection that was focused on something as timeless as...stripes! When we explored the concept further we fell deeper in love with stripes for their perennial, democratic and malleable nature. But while we felt we had landed on a strong concept, Valerie and I are keenly aware of our strength and weaknesses and knew we needed to find a third partner with a strong business background. When we met Molly Howard it was like VOILA!!

At a company the size of La Ligne (in addition to the three co-founders we have two full-time employees), you wear a lot of hats which means each day brings something new and different. We do whatever needs to get done...and then some!

I learned so much from working with Anna Wintour. I learned to never take "no" for an answer, which made me an excellent troubleshooter. I learned to go after what I want and not wait for it to come to me. I learned the importance of punctuality and presentation. I learned to take the meeting as you never know where it will lead you.

Your most treasured piece of clothing you own:

I am obsessed with our best-selling Marin Sweater. I have it in every color we make it in and it's a staple. I also love our dresses, especially La Frange and The Boudoir dresses. And as soon as I get home from work I pour myself a glass of wine and slip into our Bonne Nuit PJ's.

Your most recent beauty/fashion discovery and obsession:

My most recent beauty obsessions are Joanna Czech facials and Dr. Barbara Strum skincare products. My most recent fashion obsession are Doen blouses and Pilgrim the Label bags.

My go to power outfit is our pinstripe Dianna Jacket and Pant. I know, I know power pinstripes sounds like a cliche but when I put on that suit—whether it's with a blouse, t-shirt, Chanel bra or nothing but a little double stick tape - I feel on top of the world.

What apps and gadgets can’t you live without:

Coco by Chanel. Have been wearing it since I was a teen

Best place to shop for basics: