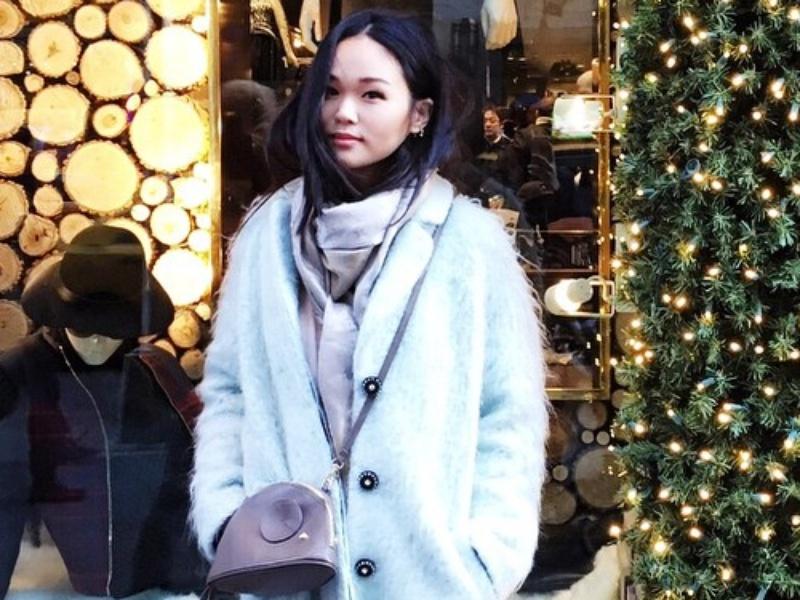 The Korean-American designer, who is currently based in New York City, holds a BFA from the Rhode Island School of Design, with a concentration in graphic design. In 2008, Patricia entered the fashion industry at the blooming couture house, Marchesa, where she demonstrated a natural sensibility for artistic craftsmanship and embellishment. Since then, she has worked closely with several contemporary lines, and debuted her own collection in Fall 2012. Patricia Chang's designs bring together the wearable chic and the whimsical. Follow Patricia (and her adorable family) on Twitter and Instagram.

What is your most favorite holiday tradition?

Putting up the same Christmas tree each year, after starting my own little family. It’s our 4th year.

What is your favorite holiday meal?

Turkey with gravy and cranberry sauce, and round after round of stuffing. Nothing kicks off the holidays like a traditional meal.

What is your favorite holiday dessert recipe to make?

Let’s just say *next* year I would love to try making my favorite pumpkin pie.

What do you love most about the holidays?

I love any reason to spread cheer and be festive! It’s a fun time for our family to reunite and play games and watch the generations grow up year by year.

It would be a lie if I didn’t say it was a Chanel bag—This year it was launching my very own bag line!

My best friend shows that she really knows me by the little things she picks out to make a perfect package. Knowing someone’s taste is heart warming.

Becoming a loving mother. This might sound cliché, but I am actually proud to have found the best husband and father to my baby boy.

Seeing all different girls and women wearing my pieces all over the world, and how they style it with their personal touches in ways I wouldn’t have predicted. It's absolutely a fantastic feeling.

Your (real life) hero and why:

My dad. He once jumped out a window that I fell out of as a baby. Long story, but he jumped out after me! (I landed without a scratch in an apple tree.)

There’s not a specific outfit, but it's about styling. When I know I look good, but don’t look like I tried hard, it makes me feel confident. Otherwise a pair of heels does the trick nicely!