The Interview — Courtney Kerr, Founder and Editor-In-Chief of KERRently.com 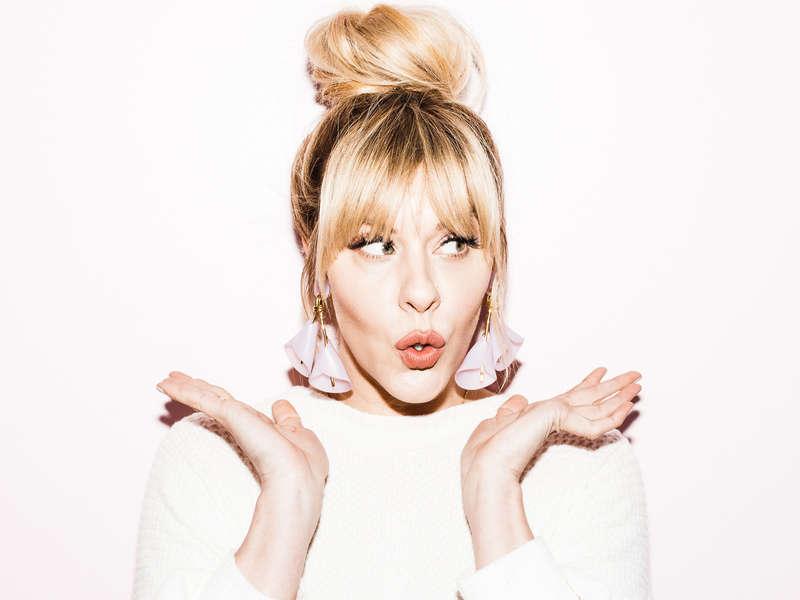 At first glance, Courtney Kerr is quickly recognized for her larger than life personal style: It’s playful, fun, & full of her sassy personality. Since a young age, this outspoken Dallasite has spent most of her life eating, sleeping, and breathing fashion…so much so that she has dedicated her life to chronicling her fabulous style & taste on her well known blog “What Courtney Wore,” which has transitioned into an online magazine, “KERRently.” From her style do’s & don’ts, to her unfiltered look on life, Kerr’s unique take on style is one that readers certainly find as a breath of fresh air. Courtney’s life took an interesting turn when she was cast on Bravo’s 2011 docudrama, “Most Eligible Dallas,” which eventually led to a 2013 spinoff show, “Courtney Loves Dallas.” Female viewers were eager to know everything about Courtney’s wardrobe, which was her lightbulb moment to leave her longtime, successful career as a retail shopgirl and venture into the world of style blogging. In addition to style expert & tastemaker, Kerr has also added talk show host to her resume. For two years, Dallas woke up to her every morning on the panel of opinionated women on KTXD’s 2-hour morning show, “The Broadcast.” In 2014, CBS Radio also scooped up Courtney to co-host afternoon drive show, “UNcorked with Leigh Ann & Courtney Kerr,” which airs on their Dallas hot adult contemporary station, 103.7 KVIL. The ladies, who have the ONLY all female drive home show in the country, discuss everything from celebrity gossip, to relationships & sex, and everything in between. In January of 2016, “UNcorked” went nationally syndicated and began as a weekly online podcast for Play.It. After 5 years of juggling it all & going 100mph in designer heels, Courtney recognized that it was time to elevate “What Courtney Wore” into a online magazine, appropriately named “KERRently.” She knew there was no way she could add this to her already full plate, so she looked to longtime assistant, Shannon Russo, to be her right hand gal and Director of Operations. The duo spent months brainstorming about how they could create an online magazine that still embodied Courtney’s personal style, but also added curated elements of her day to day life including beauty, living, and travel. In January 2016, “KERRently” was launched. Courtney, 34, resides in a fashionably decorated Dallas high-rise, and when she isn’t playing dress up in her closet or thinking of her next sarcastic one-liner, she can be found eating tex-mex, drinking dirty martinis, traveling the world, or playing fetch with her four-legged best friend, a female rescue pit bull who is appropriately named “Fancy.” For more on Courtney, be sure to follow her on Instagram, Twitter, Facebook, and YouTube.

Walk us through a typical day:

Honestly, the thing I love about what I do is that every single day is so different. There are days I stay home all day and slave away at the computer in sweatpants, while other days I’m in full glam by 8 a.m. shuffling between shoots & events. But regardless of the day, they all begin around 7 a.m.… or whenever @thefancykerr kicks me outta bed! I try to get a workout in at least 5 days a week because I’m generally a more pleasant person if I get that built up stress outta my system!

What’s been the biggest challenge or obstacle you’ve had to overcome in your career:

Getting rid of the “girl from that reality show” stigma has always been tough for me to overcome. And while it’s always going to be part of my past… and a piece that I am grateful for because it was the launching pad for EVERYTHING… I want people to remember me for my style & my blog versus that time I was on Bravo 7 years ago.

One piece of advice you would give your 18­ year-old-self:

Get out of the f*cking tanning bed.

Blazer with a structured shoulder (I LIVE FOR A GOOD SHOULDER PAD MOMENT!), boyfriend jeans that are perfectly fitted through the bootie but perfectly loose at the ankles, stiletto heels (I think a pointed toe makes every woman appear thinner and sexy!), and hair that’s not too clean, but not too dirty!

Treating myself to my skincare regimen. Its something incredibly relaxing to me that I look forward to. I’ve somehow turned my evening skincare regimen into a 20 minute process and its like I’ve created my own little spa.

Your most recent culinary discovery and obsession:

Until about 3 months, I had never really drank the Trader Joe’s kool-aid… and suddenly, I am diving in headfirst and HARDCORE. Current TJ obsessions include their Green Goddess Dressing, Triple Layer Hummus, Red Lentil Pasta, and their Cauliflower Gnocchi!

I AM FREAKISHLY GOOD AT PARALLEL PARKING. Like, disturbingly good at it.

Lately, its been a “Mexican Supermodel.” Tequila, sparkling water, squeezes of 3 limes slices.

“Chef’s Table.” It’s cinematically beautiful and I enjoying learning about all the food from different cultures. Ironically enough, the Emmy-nominated executive producer of it was my executive producer for “Courtney Loves Dallas!”

POTATOES. My boyfriend teases me about it all the time that I’VE NEVER MET A POTATO I DIDNT LIKE. Mashed potatoes, bakes potatoes, sweet potatoes, breakfast potatoes, potato hash, tater tots, french fries... which is why dieting is always a challenge for me!