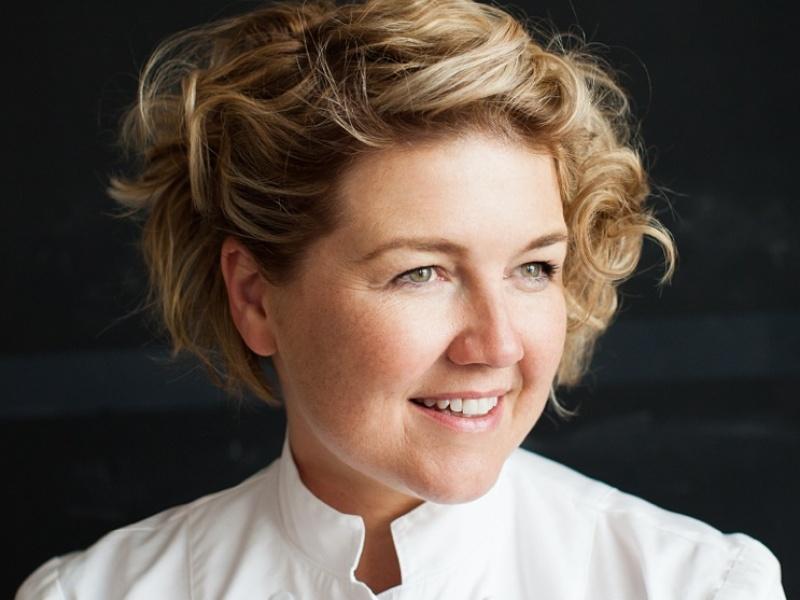 Jeni Britton Bauer opened Jeni’s Splendid Ice Creams in 2002 with the singular goal to make better ice cream. Today she and her hands-on crew make every batch of ice cream in their Columbus kitchens with milk from grass-grazed cows, Ohio wildflower honey, whole fruits, vegetables and herbs from nearby farms, as well as rare, carefully sourced ingredients from around the world, including direct-trade vanilla and fair-trade, bean-to-bar chocolate. Jeni's Splendid Ice Creams—a certified B Corp that works in tandem with the people who produce their ingredients—has been praised by The New York Times and Food & Wine. Jeni is the author of the best-seller Jeni’s Splendid Ice Creams at Home, which earned her a 2012 James Beard Award. Jeni’s latest book, Jeni’s Splendid Ice Cream Desserts, was published by Artisan in 2014. Follow Jeni's via Facebook, Pinterest, Twitter and the blog.

That I never had to “grow up.” I do the exact same work that I did when I was a kid—making things, organizing people, creating plans and lists and checking them off, and trying to learn and get better each time.

I love @Midwestisthebest because they get the emotion and style of the Midwest in a way that is hard to pin down, and it’s very beautiful.

Your last great read and why you enjoyed it:

Sarah Churchwell’s Careless People: Murder, Mayhem, and the Invention of the Great Gatsby. It transports you to 1922 by overlapping daily news of the time with events around Scott and Zelda Fitzgerald’s life as it all unfolded that year and influenced his work. I was utterly transfixed and hated it to end.

At 9 a.m., I am at my morning meeting with the creative team, trouble shooting and free-styling.

Blazer with rolled up sleeves, tank top, jeans, clogs. If I’m not wearing that, it’s because it’s dirty.

I do a lot of thinking in the tub. Almost every night I take a very long bath with a book and a blend of scented salts: peppermint, clove, and sandalwood (crazy, but it works).

Last year, we donated more than 30% of our net profits to charities in our communities. This year, we’re on track to do the same. We support the Columbus Foundation, the Columbus College of Art & Design, the BESA, the Columbus Metropolitan Library, the COSI, Green Columbus Local, Wexner Center for the Arts, United Way of Central Ohio along with 200 more organizations that work towards making our communities a better place. During the past year and a half, our employees have volunteered 340 hours. We also sponsor a company-wide service day where we invite all of Team Jeni’s to spend the day giving back.

Which of the seven deadly sins are you guilty of?

Pride. I don’t see why it is a deadly sin—I overflow with pride proudly. If I’m not proud of what I am doing, then I’m very sad.

The Four Seasons Hotel room service with my husband, Charly. A fruit plate with lemon and poppy seed yogurt and a pot of French roast. And Runaway Bride playing on the TV with commercials. Curtains drawn.

Your most quirky characteristic:

I don’t do the back of my hair, and I like to wear too much blush. I suppose I like to look like a dishevelled old lady. And I guess that’s quirky because I don’t think most people would do well with that look. Maybe I don’t either, but I don’t care.