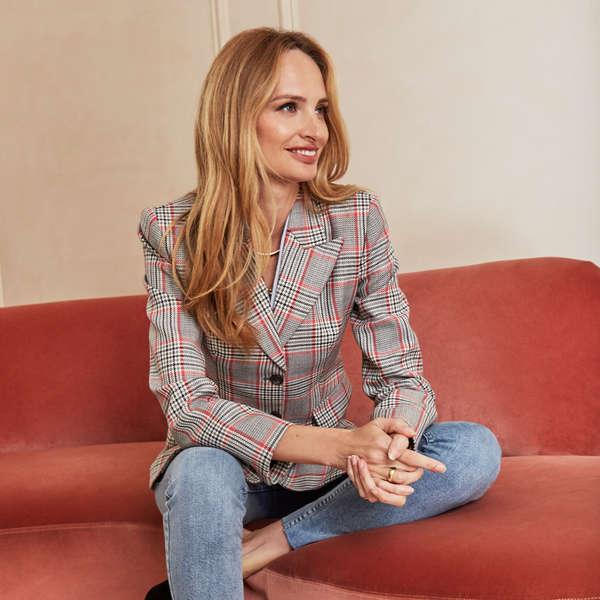 One of the most authoritative figures on New York’s fashion circuit, a muse to feted fashion designers such as Proenza Schouler and featured on Vanity Fair's International Best Dressed List, Lauren Santo Domingo co-founded Moda Operandi in 2011. Raised in Greenwich, Connecticut, she received her education at the University of Southern California and began her career at Vogue, where she is now a contributing editor. She brings her extensive experience and industry relationships to Moda Operandi.

Be sure to follow Lauren on Instagram, and shop the men's and women's lines at Moda Operandi!

What inspired you to co-found Moda Operandi:

When we first launched Moda Operandi the inspiration was to give women the power to shop an entire runway collection—a simple concept that, shockingly, no one had thought of yet. I had been given access to the runway as an editor for American Vogue but there was a gap between the runway and those outside of the industry. What makes Moda Operandi unique is the power we give to the customer. Our core business—the trunkshow—puts the client first and allows her to make a purchase that is unedited from the runway. Our goal is to continue to connect our customer directly to the runway and established and emerging talent from all over the world, allowing her to choose who she wants to be next season and how she will dress.

What has been the biggest challenge you’ve faced in your career and how did you overcome this obstacle:

Starting and running my own business has had a myriad of challenges that I didn’t anticipate until we launched. Moda has been much bigger much faster than I ever imagined. Hearing 'no' from designers, from investors; it’s discouraging. Of course, I have a committee of experts and advisors. I have probably called on everyone I know for a favor, guidance, or advice at some point.

Walk us through your typical work day:

I wake up very early and go to bed very late. I try to stay very organized, but after I wake up, the rest of the day is often a gamble. A cappuccino and my iPhone typically do the trick. There is an assumption that working in this industry, your days are full of glamour: photoshoots, reviewing lookbooks, designer lunches, but in actuality, my day is more numbers, analytics, and spreadsheets than one would assume, myself previously included.

My routine is pretty low-maintenance, I’m too busy to be vain. I like Charlotte Tilbury, Tata Harper Beautifying Face Oil and Chanel Rouge Coco in Antoinette.

What’s a trend you predict will catch on this year:

Plaid: we started to see it creep in over the past few seasons but it’s really catching it’s momentum this season. Everyone in the Moda office is wearing it, so get it before it’s gone!

Your most recent fashion discovery and obsession:

Paco Rabanne is not new, but the brand is having a real moment. I also love Bode for men, which is soon to launch on our women’s site.

Caffeine: cappuccino to be exact. I cannot live without it. And I devour hardcover books.

Spending time with my husband and kids, and reading a great book. It’s my most simple luxury.

There is so much exciting change going on at Moda right now. Our new CEO, Ganesh Srivats, just joined us from Tesla and I couldn’t be more thrilled to see how he takes our business to the next level. We’re going for global domination.